This week, I chose a pie to make for a staff barbecue at work. I’ve already baked my way through most of the fruit pies (at least the summery ones), so I decided to try my hand at another chocolate pie that has fruit in it and seemed like it could travel well. Unfortunately, our barbecue wound up being canceled due to impending inclement weather. Instead, I treated my co-workers to a much-needed afternoon pie break!

“Pro” Tips:
1) I took my own advice from week one and bought a cherry pitter! It took half the amount of time and my nails weren’t permanently purple! 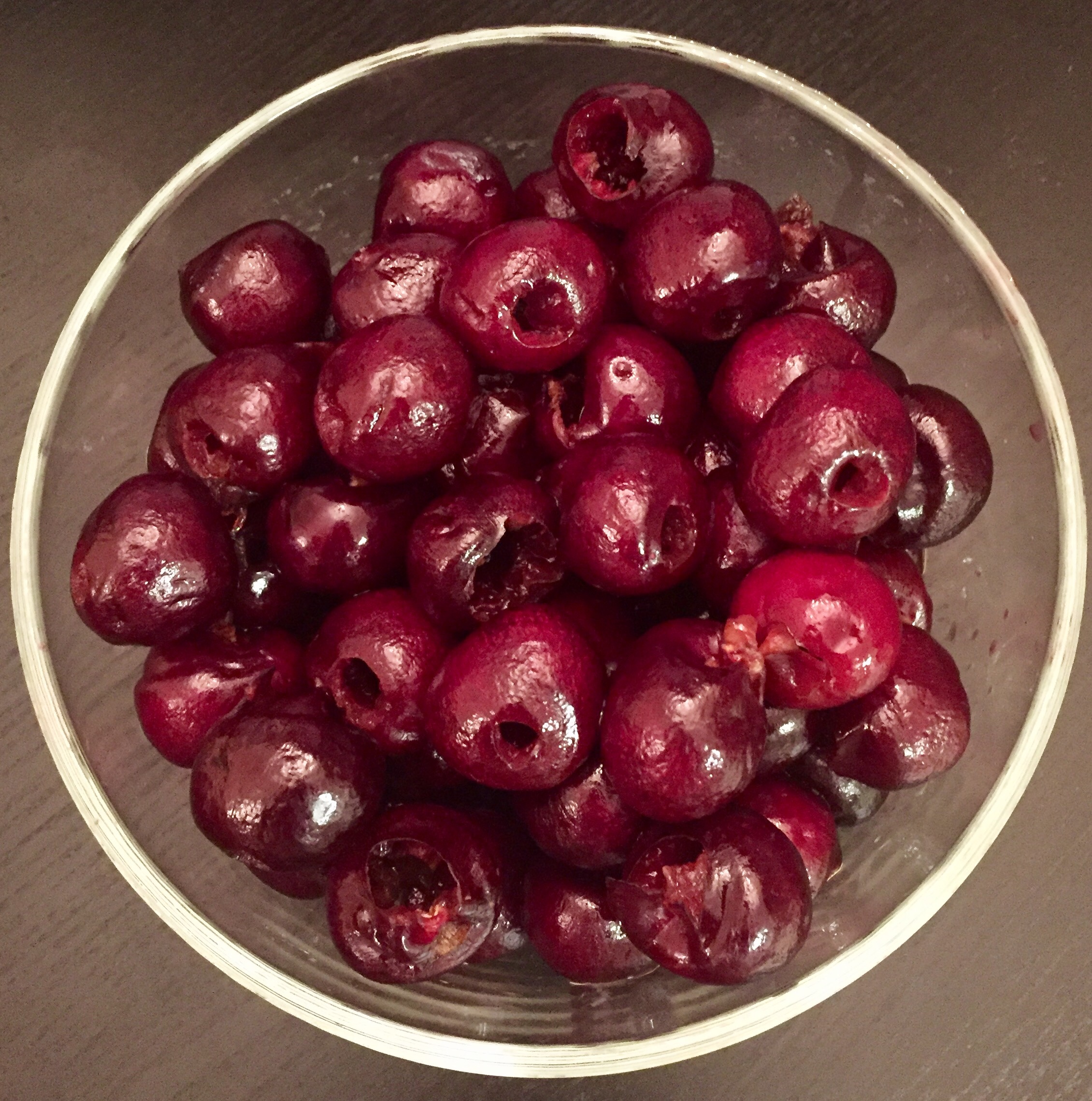 2) Having a double-boiler is life-changing. Looking back, I probably should have used this for last week’s pie. Perhaps the chocolate wouldn’t have seized. Oh well. If you have a small double-boiler like I do, you’ll need to transfer the chocolate to a larger bowl before adding in the egg whites. It won’t fit!

3) The recipe for the whipped cream calls for bourbon and vanilla extract. I planned to make the whipped cream fresh at work, but I made a test batch the night before so I could test out my new piping tools. I’m glad I did this since I wound up not getting the desired effect, but I actually used up all of my vanilla. I used almond extract in its place and a bit less bourbon (I love bourbon and even I thought there was a bit much in the first batch). It wound up being a big hit and complemented the pie really well.

After whipping up the cream and decorating the pie in my office kitchen, we rounded up the troops to view this masterpiece before cutting the first slice. Several people told me that they usually weren’t big cherry fans and normally wouldn’t eat it, but they loved it! The almond in the whipped cream really added something special.