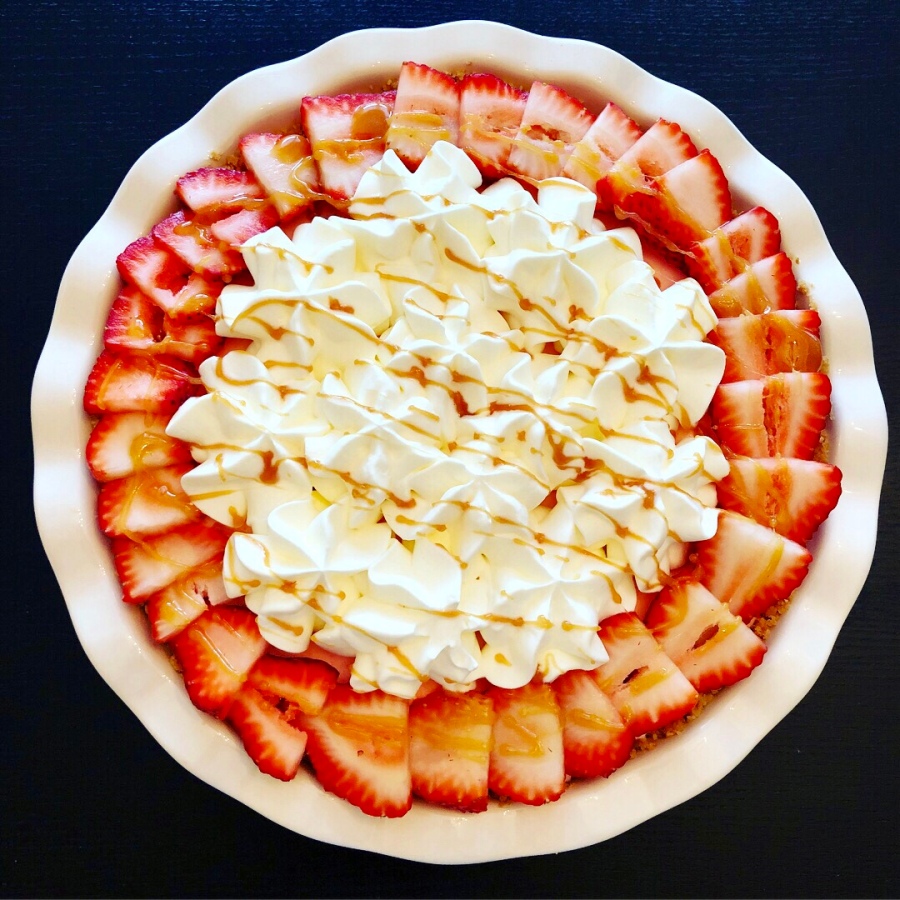 Big news: I’m starting a new series! Now that I’m done with all of the Waitress pies, I thought I’d try my hand at creating my own, New York-themed recipes, named in the style of Jenna Hunterson. I got this idea from my co-workers, who came up with some awesome inspirational New York yays and woes for me. Basically, they just didn’t want the pie to stop.

First up is the Desperate for Summer in New York Pie. There’s nothing a New Yorker loves more than a beautiful, sunny day, and this spring had not been kind to us. We’ve had two or three days where folks could finally pop out onto a rooftop and pop open the rosé, peppered with many days of cold rain.

This pie starts with a Nilla wafer crust, reminiscent of the sand on those Long Island beaches we all want to lay on. The filling is a rosé chiffon (for obvious reasons), mixed with pomegranate seeds, little bursts of a cold weather fruit. This is all topped off with strawberries and whipped cream, which is not only summery but always reminds me of the scene in Pretty Woman where they order room service, so it’s also a little sexy and romantic (minus the prostitution). This is all drizzled with a rosé glaze. I wish everything was drizzled in a rosé glaze.

1 – 2 cups of pomegranate seeds (as desired) 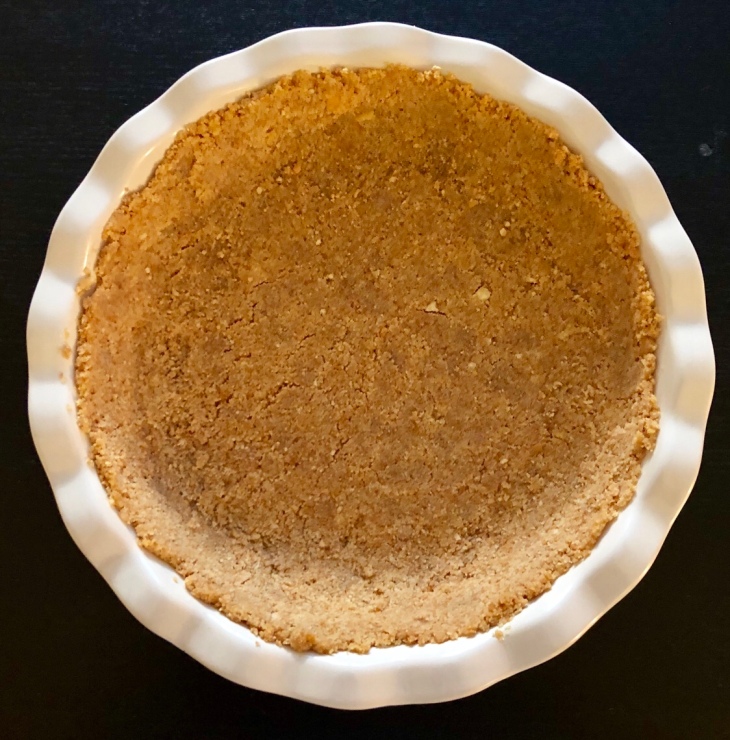 – Mix gelatin and 1/2 cup sugar in double boiler. Beat in egg yolks until light and fluffy. Blend in wine and water.

Pro tip: My double boiler is a tiny little thing, so I used a large metal bowl over a pot for this. Works just fine and you won’t have to transfer bowls later.

– Cook over water and stir constantly until gelatin dissolved and mixture is thick enough to coat spoon.

– Remove from heat and pour into a larger bowl. Set bowl in ice water to speed setting. Cool until it thickens a bit, stirring frequently.

– While gelatin cools, beat egg whites and cream of tartar until it doubles in volume. Beat in 1/4 cup of sugar, spoonfuls at a time, until meringue has firm peaks.

– Beat cream in another bowl until stiff peaks form. 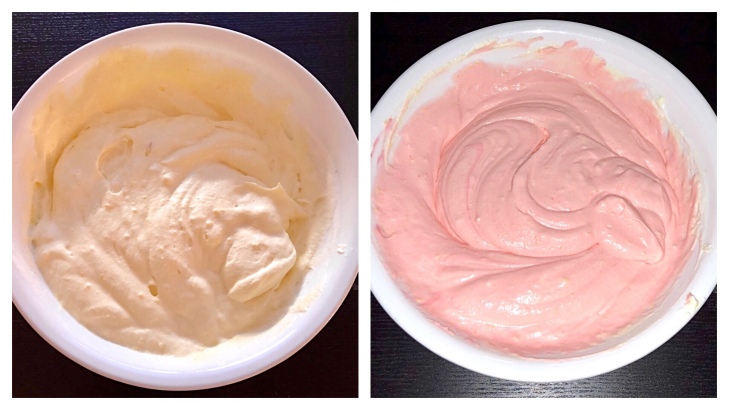 – Pour filling into crust and refrigerate for at least four hours until set. 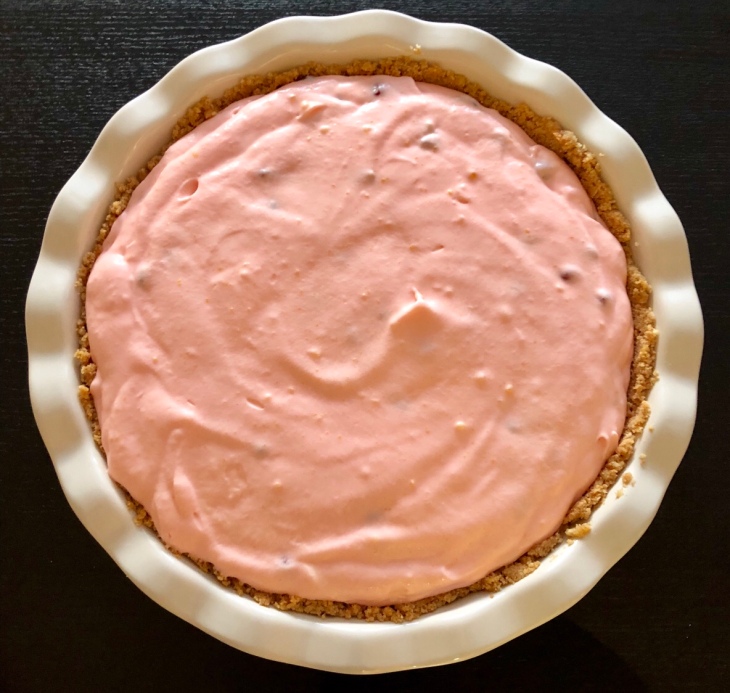 – To make rosé glaze, combine 1 cup rosé and 2 tbsp sugar in small pot over medium heat. Stir frequently as sugar dissolves. After about 12 minutes, you should achieve a syrupy consistency.

Pro tip: Keep careful watch around minute ten, or this glaze will quickly turn into a burnt, gooey mess. Don’t touch the burnt, gooey mess. It is hot and will give you a blister on your pointer finger. Also, rosé doesn’t smell great when being cooked, so don’t worry if your mixture is off-putting at first.

– Once the pie is set, decorate using strawberry slices and whipped cream, and drizzle with the glaze. If your glaze solidifies, pop it back on the stove to reheat. It was become glaze-y again! 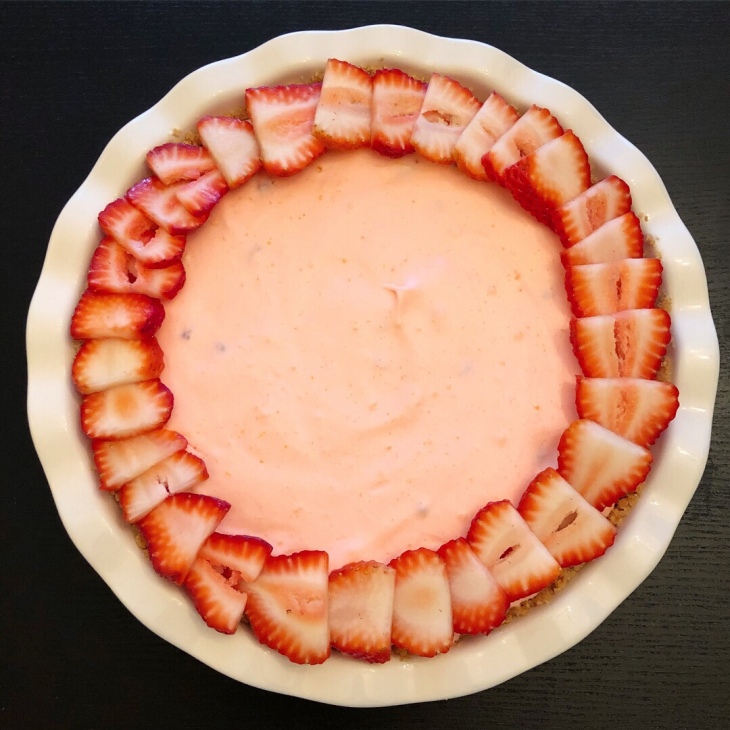 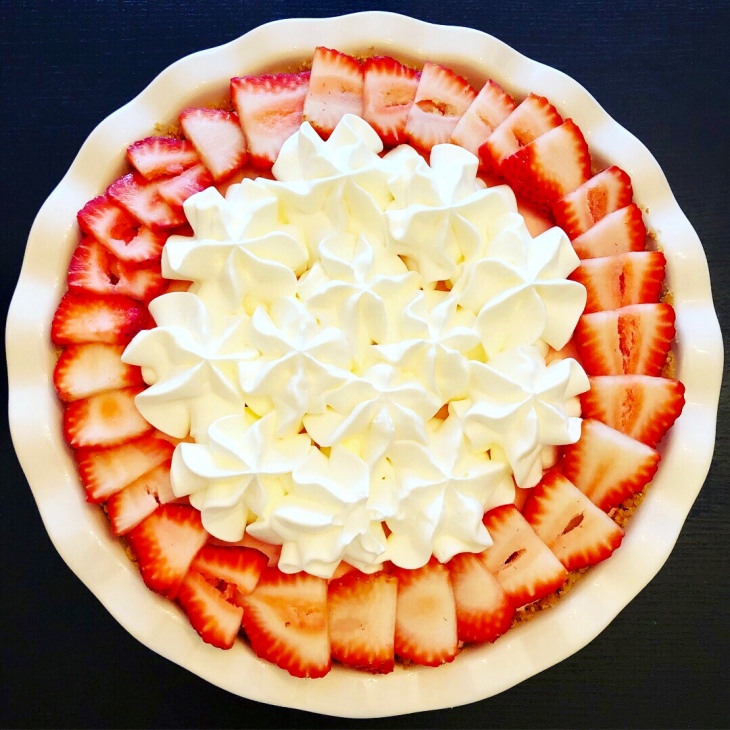 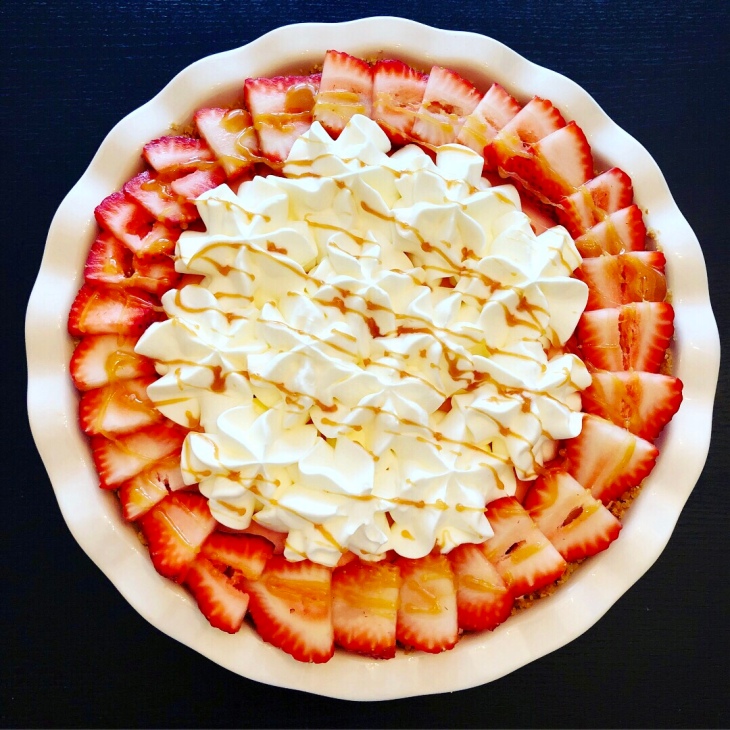 We have a winner! So excited that this first venture into trying out different flavor combos really worked! The pomegranate seeds are a nice addition of texture amid the creamy chiffon. Light, fluffy, delicious, and best of all, boozy.

Also, doesn’t it look like a Friendly’s Wattamelon roll? 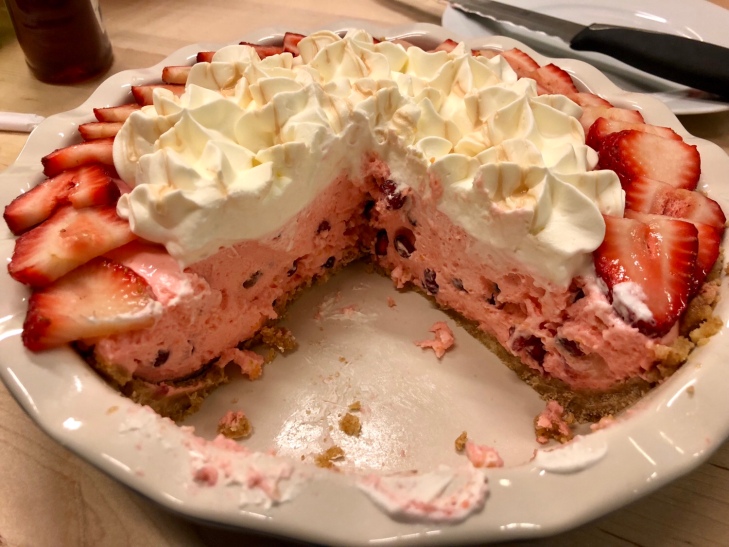 Creds: Most of the rosé chiffon filling recipe came from mollypaul.